In our previous post, we discussed new legislation championed by the American Bar Association (ABA). The Elder Abuse Prevention and Prosecution Act of 2017 was passed in October by President Donald Trump and requires several strong steps forward to seeking justice for victims of elder abuse. The December issue of the ABA Journal, discussed the many forms that elder abuse can have, like physical abuse, neglect, financial exploitation, sexual abuse and emotional or psychological abuse. Research estimates that only one in 14 cases of abuse is reported to authorities and despite those cases going unreported, the National Council on Aging found that one in 10 Americans age 60 or older has experienced some form of abuse. Those elders at highest risk are ones with dementia, most likely due to the nature of their disease.

Older people living with abuse may be afraid or embarrassed to talk to others about it but we can keep our eyes open and know what to look for. According to WebMD.com these steps can help make sure our friends and loved one stay safe.

Physical abuse is any action that causes injury or bodily harm. Look for anyone that shoves, hits, or kicks an elder. Watch for unexplained burns, cuts, bruises and bleeding. Also broken bones, sprains, or same injury site on the body with injuries happening over and over.

Sexual abuse is when a person is forced into having sexual contact with another person. They can be forced to touch another person, or watch inappropriate television or internet sites. Look for torn or bloody clothes, bleeding from the genitalia, and sexually transmitted diseases.

Please watch for more to come on what to look for in our next Elder Law of Omaha blog.


At Elder Law of Omaha, we focus on the legal needs of those aged 50 and over. We handle everything from adult guardianship to trusts to asset preservation. Call us today if you or a loved one has concerns regarding the seniors in your life at 402.614.6400. 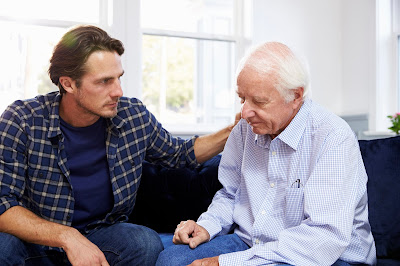