Getting to Know Elder Law of Omaha: Nick Halbur 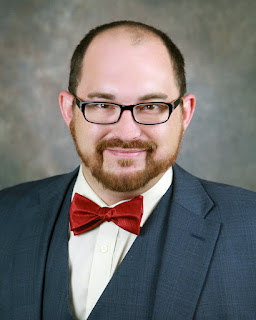 This week's spotlight in on Elder Law's Senior Associate Attorney, Nick Halbur. Nick has brought so much knowledge and experience to Elder Law of Omaha since he joined the firm in August of 2014. Prior to joining Elder Law of Omaha, Nick attended law school at the University of St. Thomas in Minnesota. Upon graduation Nick was offered a position as Clinical Law Fellow at the Interprofessional Center for Counseling and Legal Service at St. Thomas University. Nick stayed in that position for three years. He moved to Omaha in 2011 where he continued to practice elder law in private practice. Nick is also licensed to practice law in Iowa.

During his time at Elder Law of Omaha, Nick has enhanced the firm's ability to litigate contested cases as well as shared his vast knowledge of the elder law field from his time teaching. In addition, one of Nick's greatest contributions to Elder Law of Omaha is his genuine concern for his clients and his focus on overcoming whatever challenge is presented to provide the best outcome to his clients, whether its just "making it through this" or preserving a lifetime of savings.

In addition to his role as an attorney he also takes on the role as super dad to his third grader and a soon-to-be kindergartner. It's not uncommon to see one of Nick's children accompany him to work or see Nick sporting a backpack with swim gear or other equipment for his children's extracurriculars after work. Nick truly embodies the family friendly mentality of Elder Law of Omaha.

If you would like to schedule a free 30 minute consultation with Nick, or any of the other attorneys at Elder Law of Omaha call 402-614-6400.