It is hard to imagine that anyone would deliberately want to harm an elderly person. But, unfortunately, elder abuse is a widespread problem. Some instances of elder abuse are intended to exploit the person financially; you’ve probably heard of scams targeting seniors. In other cases, it’s simple negligence: Caregivers don’t provide the basic necessities, like nutritious food, appropriate medication, safety, or assistance with hygiene. If you see something, say something. 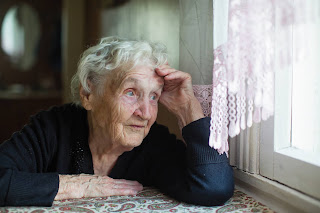 The consequences of elder abuse are grave: older adults who are abused are twice as likely to be hospitalized, four times as likely to go into nursing homes, and three times as likely to die. While studies show that 60% of abusers are family members, abuse can happen in any setting: in the older adult’s own home or a senior living community.

Between 1 million and 2 million Americans over 65 years old were injured, exploited or mistreated by someone they depended on for care or protection, according to the National Center for Elder Abuse.

World Elder Abuse Awareness Day (WEAAD) is commemorated each year on June 15th to highlight one of the worst manifestations of ageism and inequality in our society, elder abuse.

Elder abuse is any act that causes harm to an older person and is carried out by someone they know and trust, such as a family member or friend. The abuse may be physical, social, financial, psychological, or sexual and can include mistreatment and neglect.

WEAAD was officially recognized by the United Nations General Assembly in December 2011, following a request by the International Network for the Prevention of Elder Abuse (INPEA), who first established the commemoration in June 2006.

In many parts of the world, elder abuse occurs with little recognition or response. It is a global social issue that affects the health, well-being, independence, and human rights of millions of older people worldwide and an issue that deserves the attention of all in the community.

According to WHO, prevalence rates or estimates exist only in selected developed countries – ranging from 1 to 10 percent. Although the extent of elder mistreatment is unknown, its social and moral significance is obvious.

At Elder Law of Omaha our passion for seniors and their care is top priority. If you have questions about adult guardianship, estate planning or how to plan for long term care and the future, then please give us a call to setup your complimentary 30-minute consultation at 402-614-6400.